There is lots of good material here! I really enjoyed the characters and descriptions and there is great insight on India. I wish the story had been tighter. There are two very separate storylines and ... Read full review

THE ALCHEMY OF DESIRE

Tarun J TeJpal is the editor of the Indian national weekly Tehelka. In 2001 BusinessWeek named him among the fifty leaders at the forefront of change in Asia. He lives with his family in New Delhi. 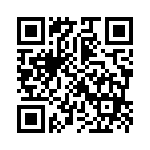