The late Victor Turner was William R. Kenan, Jr. Professor of Anthropology and Religion at the University of Virginia. He was the author of many books, including the well-known Ritual Process, and had done fieldwork in Zambia, Uganda, Mexico, Ireland, Italy, France, Japan, Brazil, and Israel. Edward M. Bruner, professor of anthropology at the University of Illinois at Urbana-Champaign, has conducted field research among native Americans and in Indonesia. He is editor of Text, Play, and Story and co-editor of Art, Ritual, and Society in Indonesia. 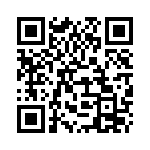