AS’AD ABUKHALIL was born in Tyre, Lebanon. He received his B.A. and M.A. in Political Science from the American University of Beirut, and his Ph.D. in Comparative Politics from Georgetown University. AbuKhalil has taught at Georgetown, George Washington University, Tufts University, Colorado College, and Randolph-Macon Woman's College. His articles on Middle East politics and society have appeared in English, German, Spanish, and Arabic. He is professor of political science at California State University, Stanislaus, and a visiting professor at UC, Berkeley. 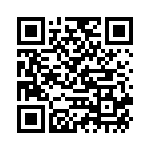