An OK quick read. Not a great deal of depth, but quite enjoyable. Read full review

With over 2 million books sold, Vivian Arend is a New York Times and USA Today bestselling author of over 50 contemporary and paranormal romance books, including the Six Pack Ranch and Granite Lake Wolves.

Her books are all standalone reads with no cliffhangers. They’re humorous yet emotional, with sexy-times and happily-ever-afters. Vivian pretty much thinks she’s got the best job in the world, and she’s looking forward to giving readers more HEAs. She lives in B.C. Canada with her husband of many years and a fluffy attack Shih-tzu named Luna who ignores everyone except when treats are deployed. 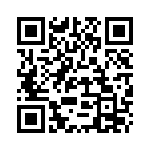