Atara Stein is a professor of English at California State University, Fullerton. Her articles on the development of the Byronic hero have appeared in Popular Culture Review, Romantic Circles Praxis Series, Genders, and Philological Quarterly. 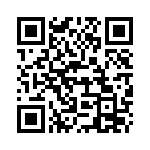