Ji Cheng, born in 1579, was a practicing garden designer in the first half of the 17th century. He designed gardens for several well-known individuals in the late Ming Dynasty, who supported the original publication of this book, summing up his life's work and experience.

Alison Hardie, a graduate of Oxford and Edinburgh Universities, began to translate The Craft of Gardens when she was working for the Hong Kong trading firm Jardine Matheson, in the 1980s. Later she wrote her doctoral thesis on Chinese garden design in the late Ming, and is now a Senior Lecturer in Chinese Studies at the University of Leeds. She is internationally known as a scholar of Chinese garden history.

Zhong Ming, who took the photographs for The Craft of Gardens, is an artist whose work has been exhibited in many countries including China, France, the UK, Japan, and Sweden. He trained as an oil painter and first came to prominence as China opened up after the Cultural Revolution, his portrait of the philosopher Jean-Paul Sartre causing a sensation in 1979. He now divides his time between China, France and the UK.

Maggie Keswick, who originally inspired and supported this translation of The Craft of Gardens, grew up in Shanghai and Hong Kong, where her father ran the trading company Jardine Matheson. Based on her personal experience of traditional Chinese gardens, she published The Chinese Garden: History, Art and Architecture in 1978; it remains an indispensable introduction to the subject. 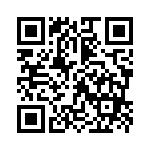