You are really good bt there are many more things, there are many more controversy and law, bt in spite of all few political pressure, few communism pressure no body can correct any issue of Kashmir..if u want to know more fact about this then contact me.. Find me

A third generation officer, Brigadier Amar Cheema has spent a substantial part of his military career in Kashmir. His interest in the conflict goes back half a century when his father took part in the first Kashmir war. Having participated in Operations Trident, Vijay and Parakaram, the author has first hand experience of Kashmir’s external and internal dynamics and myriad dimensions. A former instructor at the Defence Services Staff College, he is a recipient of the Chief and Army Commander’s Commendation Cards and the Vishisht Sewa Medal. Having a M Phil in Defence and Strategic Studies, the author has had an exposure of China’s strategic potential at the National Defence University at Taiwan. Having interacted with internationally renowned experts and scholars, he has authored papers on geo-strategic issues and on matters military. ‘pro-actively’ and with determination, results have been significantly different; 1965, 1971 and Siachen being prime examples.

With myriad external and internal dimensions, Kashmir continues to cast shadows on the progression of the sub-continent. Peace remains as elusive as it was in the forties; if anything, the adversaries – both known and unknown, have grown stronger. While the reasons for the conflict may have changed with the times, the underlying causes remain as profound as they were decades ago. 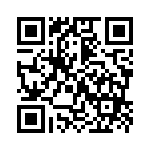