Ayona Datta is a Senior Lecturer in Citizenship and Belonging at the School of Geography, University of Leeds, UK. 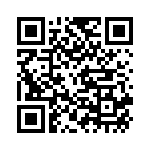