Robert Payne (1911-l983) was born in Cornwall, U.K. His father was English, his mother French. He was educated at St. Paul's School in London and at the universities of Liverpool, Capetown in South Africa, Munich and The Sorbonne. During his lifetime he had over a hundred books published on a wide range of subjects, the widest range of any known author. He was known chiefly for his biographies and history books, among them Hitler, Lenin, Stalin, Gandhi, Leonardo, Chaplin, the Christian Centuries, The World of Art. He also wrote novels and poetry. Librarians loved him; critics raved about him. Orville Prescott of The New York Times referred to him as "a literary phenomenon of astounding versatility and industry." 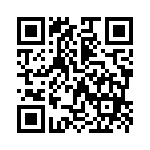