Calling it cultish is generous. It's mostly just wrong or meaningless at best. The only way to defend this is by claiming it's allegory, like the Bible, and cannot be read literally. Read full review

Note: This book was read as part of an upcoming, Books on Tap, summer event sponsored by our county library system and a local cidery, in which folks compete in answering questions about ten different ... Read full review

Masanobu Fukuoka (1913–2008) was born and raised on the Japanese island of Shikoku. He was the oldest son of a rice farmer who was also the local mayor. Fukuoka studied plant pathology and worked for number of years as a produce inspector in the customs office in Yokohama. But in 1938 he returned to his village home determined to put his ideas about natural farming into practice. During World War II, he worked for the Japanese government as a researcher on food production, managing to avoid military service until the final few months of the war. After the war, he returned to Shikoku to devote himself wholeheartedly to farming. And in 1975, distressed by the effects of Japan’s post-war modernization, Fukuoka wrote The One-Straw Revolution. In his later years, Fukuoka was involved with several projects to reduce desertification throughout the world. He remained an active farmer until well into his eighties, and continued to give lectures until only a few years before his death at the age of ninety-five. Fukuoka is also the author of The Natural Way of Farming and The Road Back to Nature. In 1988 he received the Magsaysay Award for Public Service.

Frances Moore Lappé is author or co-author of sixteen books, including Diet for a Small Planet and Getting a Grip: Clarity, Creativity, and Courage in a World Gone Mad. She has co-founded three organizations, including the Institute for Food and Development Policy and, more recently, the Small Planet Institute, which she leads with her daughter Anna Lappé. In 1987, she received the Right Livelihood Award, also called the “Alternative Nobel.” She has received seventeen honorary doctorates and has been a visiting scholar at MIT.

Larry Korn is an editor, author, and agricultural educator. He lived and worked on Masanobu Fukuoka’s farm for more than two years in the early 1970s. He currently resides in Ashland, Oregon.

Wendell Berry is an environmental activist and farmer, and the author of more than 40 works of fiction, nonfiction, and poetry. He lives and works with his wife, Tanya Berry, on their farm in Port Royal, Kentucky. 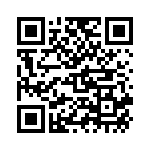