I heard an interview with Michael Church on WNYC an NPR affiliate. Is there a CD that accompanies this book? The interview include examples of the music discussed and it would seem that that is absolutely necessary to understanding the content of this book.

MICHAEL CHURCH has spent much of his career in newspapers as a literary and arts editor; he is a former television critic of The Times, and since 2010 has been the opera critic of The Independent. From 1992 to 2005 he reported on traditional musics all over the world for the BBC World Service; in 2004, Topic Records released a CD of his Kazakh field recordings, and in 2007 two further CDs of his recordings in Georgia and Chechnya. He is the editor of The Other Classical Musics: Fifteen Great Traditions (Boydell Press, 2015), winner of the Royal Philharmonic Society's Award for Creative Communication. 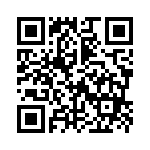