Black holes are considered to be the hellmouths of the universe. Those who fall inside will disappear forever. But where to ? What lies behind a black hole ? Space and Time also vanish there, too ? Or would space and time be tied together and be part of an endless cycle ? What if everything that came from the Past were influenced by the Future ?
We believe that time is linear. That time proceeds, eternally and uniformly, into infinity. However, the distinction between Past, Present and Future is purely an illusion. Yesterday, Today and Tomorrow are not consecutive. They are all connected in a never-ending circle; and that everything is connected, said Buddha.
That being said, If I now change my past, I will change who I am right now. Similarly, whatever happened here hadn't happened yet !!!

A graduate of MIT and Stanford, Rizwan Virk is a successful entrepreneur, video game pioneer, film producer, venture capitalist and bestselling author of Zen Entrepreneurship. Riz s video games, including Tap Fish and Penny Dreadful: Demimonde, have been played by millions. He is the founder of Play Labs @ MIT, a video game accelerator at the Massachusetts Institute of Technology. 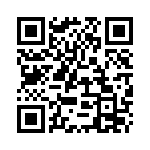