BILL CONATY, long recognized as a world leader in his field, recently retired as senior vice president for human resources at General Electric, the company consistently ranked as without peer in developing world-class leaders. The management development and training programs that Conaty engineered provided GE with one of the world's most talent-rich management benches. Conaty has served as chairman of the National Academy of Human Resources and was named as a Distinguised Fellow, the organization's highest honor. He currently serves as a personal advisor to the CEOs of companies around the world, including P&G, Boeing, Dell, Goodyear, LG Electronics (Korea), and UniCredit (Italy).

RAM CHARAN is a highly sought after business advisor and speaker famous among senior executives for his uncanny ability to solve their toughest business problems. For more than thirty-ﬁve years, Dr. Charan has worked behind the scenes with top executives at some of the world's most successful companies, providing advice that is down-to-earth and relevant and that takes into account the real-world complexities of business. Dr. Charan is also the coauthor of Execution, The Game-Changer, and Confronting Reality and the author of What the CEO Wants You to Know, Know-How, and Leadership in the Era of Economic Uncertainty. 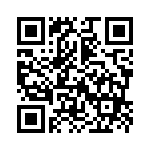