The ties that bound peasant families in medieval England

In the near-glut of historical family studies, this is the first clearly focused on evidence about families medieval, English, and peasant. Hanawalt uses 3118 coroners' inquests into accidental deaths ... Read full review

Normally, when a person calls something a resource, they’re degrading it, saying it has no purpose but to be used. However, I beg to differ. Resources such as this book are nessessacarly for human advancement. They key us into the past, allowing us to grow in the future. It is books such as these that expand one’s knowledge so that they might expand their thesis. So, when I say that this book was an invaluable resource to my paper, I have much respect for the works of Ms. Hanawalt. The quality of the book was unwavering, and the material solid. I sincerely enjoyed this piece.
Thank you for devoting so much time and effort to write something for the betterment of others like me.

Barbara A. Hanawalt is Professor of History at the Ohio State University and author of Crime and Conflict in English Communities, 1300-1348 and editor of Women and Work in Preindustrial Europe. 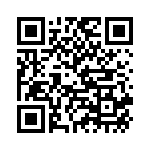