Daniel Bell, an American sociologist and journalist, studied at City College of New York and Columbia University. As a journalist he was an editor of Fortune magazine and later served on several presidential committees. His work as chairman of the American Academy of Arts and Sciences' Commission on the Year 2000 led to the publication of a collection of futuristic essays and discussions by some of the finest minds of the century. His teaching career included posts at Chicago, Columbia, and Harvard universities. In Bell's best-known book, The Coming of Post-Industrial Society (1976), he analyzed the emerging role of information technology in the West. He was among the first scholars to realize that the production of information and knowledge would eclipse manufacturing in the developed world. Bell will be most remembered for his groundbreaking work in social change. He contended that new theories and models of decision making had to be devised to address the issues presented by an information-based society. 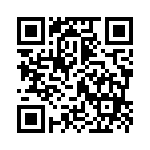