Check out what Wittgenstein said about this book:
"In no branch of learning can an author disregard the results of honest research with so much impunity as he can in Philosophy and Logic. To this circumstance we owe the publication of such a book as Mr Coffey's Science of Logic: and only as a typical example of the work of many logicians of to-day does this book deserve consideration. The author's Logic is that of the scholastic philosophers, and he makes all their mistakes -- of course with the usual references to Aristotle. (Aristotle, whose name is taken so much in vain by our logicians, would turn in his grave if he knew that so many Logicians know no more about Logic to-day than he did 2,000 years ago). The author has not taken the slightest notice of the great work of the modern mathematical logicians -- work which has brought about an advance in Logic comparable only to that which made Astronomy out of Astrology, and Chemistry out of Alchemy.
Mr Coffey, like many logicians, draws great advantage from an unclear way of expressing himself; for if you cannot tell whether he means to say Yes or No, it is difficult to argue against him. However, even through his foggy expression, many grave mistakes can be recognised clearly enough; and I propose to give a list of some of the most striking ones, and would advise the student of Logic to trace these mistakes and their consequences in other books on Logic also. (The numbers in brackets indicate the pages of Mr Coffey’s book—volume I.—where a mistake occurs for the first time; the illustrative examples are my own).
[36] The author believes that all propositions are of the subject-predicate form.
[31] He believes that reality is changed by becoming an object of our thoughts.
[6] He confounds the copula is with the word is expressing identity. (The word is has obviously different meanings in the propositions—
Twice two is four
and Socrates is mortal.)
[46] He confounds things with the classes to which they belong. (A man is obviously something quite different from mankind.)
[48] He confounds classes and complexes. (Mankind is a class whose elements are men; but a library is not a class whose elements are books, because books become parts of a library only by standing in certain spatial relations to one another—while classes are independent of the relations between their members.)
[47] He confounds complexes and sums. (Two plus two is four, but four is not a complex of two and itself.)
This list of mistakes could be extended a good deal.
The worst of such books is that they prejudice sensible people against the study of Logic."
Posted by Rosa Lichtenstein
anti-dialectics.co.uk

Page 306 - No reason can be given why the general happiness is desirable, except that each person, so far as he believes it to be attainable, desires his own happiness. This, however, being a fact, we have not only all the proof which the case admits of, but all which it is possible to require, that happiness is a good : that each person's happiness is a good to that person, and the general happiness...
Appears in 328 books from 1861-2008
Page 307 - The only proof capable of being given that an object is visible, is that people actually see it. The only proof that a sound is audible, is that people hear it : and so of the other sources of our experience. In like manner, I apprehend, the sole evidence it is possible to produce that anything is desirable, is that people do actually desire it.
Appears in 268 books from 1861-2008
More
Page 174 - If two or more instances of the phenomenon under investigation have only one circumstance in common, the circumstance in which alone all the instances agree is the cause (or effect) of the given phenomenon.
Appears in 388 books from 1766-2008
Page 186 - Whatever phenomenon varies in any manner, whenever another phenomenon varies in some particular manner, is either a cause or an effect of that phenomenon, or is connected with it through some fact of causation.
Appears in 339 books from 1766-2008
Page 290 - In a given state of society, a certain number of persons must put an end to their own life. This is the general law; and the special question as to who shall commit the crime depends of course upon special laws; which, however, in their total action, must obey the large social law to which they are subordinate.
Appears in 89 books from 1858-2006
Page 181 - If tWO or more instances in which the phenomenon occurs have only one circumstance in common, while two or more instances in which it does not occur have nothing in common save the absence of that circumstance, the circumstances in which alone the two sets of instances differ is the effect, or the cause, or an indispensable part of the cause, of the phenomenon.
Appears in 148 books from 1766-2008
Page 77 - This is what writers mean when they say that the notion of cause involves the idea of necessity. If there be any meaning which confessedly belongs to the term necessity, it is unconditionalness. That which is necessary, that which must be, means that which will be, whatever supposition we may make in regard to all other things.
Appears in 65 books from 1843-2007
Page 181 - ... observe, in this only, that they either radiate heat rapidly or conduct it slowly : qualities between which there is no other circumstance of agreement, than that by virtue of either, the body tends to lose heat from the surface more rapidly than it can be restored from within. The instances, on the contrary, in which no dew, or but a small quantity of it, is formed, and which are also extremely various, agree (as far as we can observe) in nothing except in not having this same property.
Appears in 41 books from 1819-2006
Page 76 - The cause, then, philosophically speaking, is the sum total of the conditions, positive and negative taken together; the whole of the contingencies of every description, which being realized, the consequent invariably follows.
Appears in 105 books from 1848-2007
Page 337 - These institutions strengthen, perpetuate, and reproduce the character out of which they grew, aud so on in succession, each new effect becoming, in its turn, a new cause. Thus-, a brave, energetic, restless nation, exposed to attack from neighbours...
Appears in 16 books from 1852-2006
Less 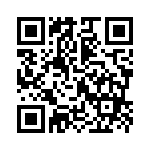