Sharon L. Lechter is co-author of the #1 New York Times and international bestseller Rich Dad, Poor Dad and 15 other books in the Rich Dad series of books. More than 27 million books in the series have been sold in over 50 languages and 100 countries. Sharon now works with the Napoleon Hill Foundation to expand Napoleon Hill's principles around the globe. In January 2008, President Bush appointed Sharon to the President's Advisory Council on Financial Literacy. She serves on the National Boards of Childhelp and Women Presidents' Organization and speaks internationally as an advocate for financial literacy.

Greg S. Reid is a motivational speaker, author, entrepreneur, and the CEO of several successful corporations. His prior books include The Millionaire Mentor (2003) and Positive Impact, co-authored with Charlie "Tremendous" Jones. In addition, his work has appeared in 30 books, as well as FHM, Ebony, Skymall, Rolling Stone, and GQ. He has been featured on local and nationally syndicated programs across the country, and is also a keynote speaker for corporations, universities, and charitable organizations. 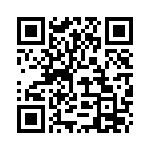