This is both informative and entertaining. It gives a real sense of present day Turkey and acts as a great introductory history to its convoluted past. Read full review

TURKISH REFLECTIONS: A Biography of a Place

Everyone, it seems, wanted a piece of this superior travelogue by the National Book Award-winning author of Blood Tie, The Beulah Quintet, and Celebration—which is why parts of it are slated to run ... Read full review

Historical fiction novelist Mary Lee Settle was born in Charleston, West Virginia on July 29, 1918. She attended Sweet Briar College in Virginia for two years, before becoming a fashion model. During World War II, she volunteered for service in the women's auxiliary arm of the Royal Air Force. After the war, she briefly worked as a magazine editor before deciding to become a full-time writer. She was also an associate professor at Bard College from 1965 to 1976 and taught at the University of Virginia in Charlottesville. Settle's experiences as the only American in a barracks full of British women is recalled in the book All the Brave Promises: Memories of Aircraft Woman 2nd Class 214391. Her massive work, The Beulah Quintet, tells the story of the state of West Virginia from 1754 to the present and begins with the journey of former English prisoners to West Virginia's Kanawha Valley. She won the National Book Award in 1978 for Blood Tie, which is the story of American and British expatriates in Turkey and was written while she was living there. A prevailing theme throughout all her novels is the struggle for freedom at all levels, including intimately, domestically, and historically. Settle died on September 27, 2005, at the age of 87, from lung cancer. 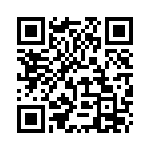