Atal Bihari Vajpayee was born in Gwalior, India on December 25, 1924. He received a bachelor's degree from Victoria College in Gwalior and a master's degree in political science from Dayanand Anglo-Vedic College in Kanpur. He also studied law in Lucknow. He became a journalist and worked for Hindu nationalist publications. In 1951, he helped found Jana Sangh, a Hindu nationalist party. In 1957, he was elected to Parliament. He was a foreign minister from 1977 to 1980 and prime minister from 1998 to 2004. He retired from active politics in December 2005 due to declining health. He wrote several collections of poetry including Fire Is Immortal and Death or Murder. He died on August 16, 2018 at the age of 93. 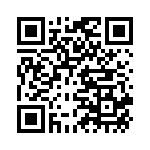