I've been reading about the ideas Ryan presents in his book for years, ever since the "junk DNA" in our genome was first announced. It never made sense, in an evolutionary perspective, that we would ... Read full review

It`s a great pity that I, as author of Virolution, have to suffer an unbelievable level of ignorance from these reviewers who pretend to be knowledgeable.
Virolution was written in five months. The hurry was down to the fact the contents are very important. I have written a book of the year for the New York Times. What has the reviewer who gave the book one star ever written?
The commissioning editor wasn't bothered with minor reviewing aspects but with the explanation to the public of important new ideas, which needed to be communicated to a large readership. A huge number of scientists globally responded positively to Virolution and I have been commissioned to give plenary session talks at the World Congress of the International Symbiosis Society and the European Society for Evolutionary Biology in July and September this year (2012). Both congresses have asked me to spend several days with scientists helping them to plan new lines of research. Already scientists globally are already taking the ideas of Virolution forward and very important new realisations are emerging from further research. It's really sad that neither of your reviewers appear to appreciate the importance of these new ideas. Had they done so I would have written to them and explained the important new developments.
The difference between the reaction of scientists and the reviewers on this site are major. It is very disappointing when reviewers respond in this way to a revolutionary new scientific idea. How bizarre to think that editing is more important than novel scientific content. In fact the editor criticised is a very experienced one (an editorial director) and an Oxbridge qualified scientist. What are the editing qualifications of the reviewer who called this into question?
The ideas put forward in Virolution are now being taken forward in a fascinating way into biological and medical science. I can't help saying, what a pity that where I should be explaining these exciting ideas in more detail on this site I find myself having to defend aspects that shouldn't need defending.

Frank Ryan is a consultant physician based in Sheffield, and an honorary Research Fellow in the Department of Animal and Plant Sciences at the University of Sheffield. He is also an international best-selling writer. His book, Tuberculosis: The Greatest Story Never Told, was a New York Times Book of the Year while Darwin's Blind Spot was the 'Amazon Featured Book' recommended by Charlie Munger at the 2003 Berkshire Hathaway annual meeting. He pioneered the evolutionary concepts of 'viral symbiosis' and 'genomic creativity' and has contributed to the modern understanding of the evolution of the human genome. He is a Fellow of The Royal College of Physicians, the Royal Society of Medicine and the Linnean Society of London. 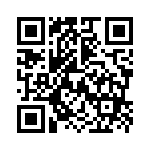