Thomas Blom Hansen is Reader in the Department of Social Anthropology at the University of Edinburgh. He is the author of The Saffron Wave: Democracy and Hindu Nationalism in Modern India (Princeton) and editor of States of the Imagination: Ethnographic Explorations of the Postcolonial State. 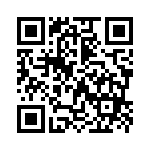