Ernest Renan (1823-1892) was a French scholar of the Ancient Near East and early Christianity, best known for The Life of Jesus (1862), an international best seller, and his views on national identity.

M. F. N. Giglioli is a research fellow in the Department of Political and Social Sciences at the University of Bologna. He is the author of Legitimacy and Revolution in a Society of Masses: Max Weber, Antonio Gramsci, and the Fin-de-Sičcle Debate on Social Order (2013). 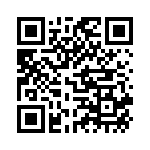