Bestselling author Debra Clopton has sold over 2.5 million books. Her book OPERATION: MARRIED BY CHRISTMAS has been optioned for an ABC Family Movie. Debra is known for her contemporary, western romances, Texas cowboys and feisty heroines. Sweet romance and humor are always intertwined to make readers smile. A sixth generation Texan she lives with her husband on a ranch deep in the heart of Texas. She loves being contacted by readers. 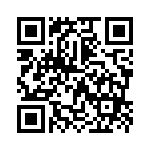