Mills is the theorist of the power elite and holds that influence is held by a few. In this particular volume he describes the new middle class in the 20th century and was first published in 1951. Read full review

Changed forever how I look at society and the middle class. Read full review

The late C. Wright Mills, former Professor of Sociology at Columbia University, was a leading critic of modern American civilization. His other books include The Sociological Imagination and The Power Elite (both OUP). Russell Jacoby is Professor of History at UCLA and a contributing writer to The Nation, The New York Times, and Harper's. 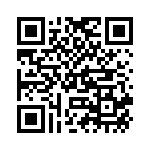