The Prince Regent's life is in danger and he requests the England's best spy to reveal the plot. Captain Jack Dryen is the 2nd son of a squire and not of noble birth and needs an introduction into ... Read full review

Cheryl Bolen is the New York Times, USA Today best-selling author of more than a dozen Regency-set historical romance novels. Her books have placed in several writing contests, including the Daphne du Maurier, and have been translated into 11 languages. She was named Notable New Author in 1999, and in 2006 she won the Holt Medallion (Honoring Outstanding Literary Talent) for Best Short Historical Novel. In 2012 she won Best Historical in the International Digital Awards for eBooks published the prior year, and one of her 2011 novellas won Best Historical Novella. Her books have become Barnes & Noble and Amazon bestsellers.

Cheryl recently returned to her first love of romantic suspense and mystery with fast-paced plots featuring heroines in peril and the strong men they can lean on. It was these books which first got her noticed in the publishing world when her manuscripts won many contests.

A former journalist who admits to a fascination with dead Englishwomen, she is a regular contributor to The Regency Plume, The Regency Reader, and The Quizzing Glass. Many of her articles can found on her website, www.CherylBolen.com, and more recent ones on her blog, www.CherylsRegencyRamblings.wordpress.com. Readers are welcomed at both places.

Cheryl holds a dual degree in English and journalism from the University of Texas, and she earned a master's degree from the University of Houston. She and her professor husband are the parents of two sons, one who is an attorney, and the other a journalist. Her favorite things to do are watching the UT Longhorns, reading letters and diaries of Georgian Englishmen, and traveling to England. 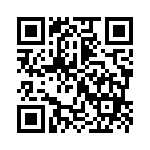