Author Sabina Alia belongs to Assam, India. Since her schooling days, she has been writing poetry, short story, novels and articles and many of them have been published in various local, national and international newspapers, magazines and anthologies. In her collegiate time she published a novel “ Nishar Ninad” in her native language, Assamese. She was awarded with the "Best Friction Writer (junior)" in all Assam based fiction writing competition. She worked as the Sub-editor of “Kannan” an monthly Assamese magazine. She pursued M. A in English literature and a teacher by profession. Her poetry book “Sonata of Dreams” has been published in 2019, March by Blue Rose Publisher, Delhi. Her third book “Chandrajeeta” has been published by Spandan Prakash, Guwahati. She writes in Asomiya Khabar (Local Newspaper) and Niyamiya Barta (Local Newspaper). Her English poems have been published in Assam Tribune (An English Newspaper) . Her poem "Companionship" has been published in Poetry Planet Magazine (Philippines ). The review her poem "Shelter" published in "Universul Culturii ", an international Magazine, reviewed by an Australian author and critic Toni Lovric. Her article on Robert Browning's poem "Porphyria's Lover is a poetry of absurdity " has been published in International Organization of Scientific Research Journal. Her poetry books "Bonny Musings" and her collection of Haiku "A Moonlit Night" published by Amazon KDP. Her book "Critical Analysis On Robert Browning's Porphyria's Lover" has also been published by Amazon KDP. She worked as the Editor of "Cultural Reverence", an International Magazine of Art and Literature. She is awarded with "Kabya Prarona Award 2021" by All Assam Poet and Poetry Union. In 2021 she was facilitated by the Assam Government for her huge contribution to the field of literature under 'Bhasha Gaurav Achoni'. 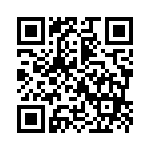