MERCHANT THOMAS TO SAINT THOMAS by SANDHYA JAIN
As Christian evangelists intensify efforts to bring India under their sway, their brethren in the south are trying to (mis)use current excavations at Pattanam to revive the myth of Apostle Thomas arriving in the country in the first century AD and establishing a fledgling community. They are trying to link the ancient port of Muziris with Pattanam, where Thomas reputedly landed, though Muziris was more logically Kodungallur, where the river joins the sea. Dr. R. Nagaswamy, former director, Tamil Nadu Archaeological Survey, debunks this mischief and avers that none of the literature on the life of St. Thomas claims that he came to India.
› Yet, so strenuously has the myth been perpetuated that Ishwar Sharan, a Canadian who became a Smarta Dashanami sannyasi at Prayag in 1977, decided to get to its historical roots. The Myth of Saint Thomas and the Mylapore Shiva Temple, is the fruit of his labours.
› Sharan was intrigued by the story of the alleged murder of the apostle by a conniving Brahmin. In September 2006, Pope Benedict XVI declared that Thomas never came to India, but Rome later fell silent after a nudge from the Archdiocese of Madras-Mylapore. The myth includes the implausible conversion of Tiruvalluvar by the foreign evangelist, though Tamil scholars believe the sage lived around 100 BCE, perhaps even 200 BCE.
› The claim that Christianity came to India before it went to Europe is a ploy to make it a sort of native religion, even if it came from West Asia. The origin is a Gnostic Syrian fable, Acts of Thomas, written by poet Bardesanes at Edessa around 201 CE. The text never mentions or describes the sub-continent, but says the apostle went from Palestine eastwards to a desert-like country where people are “Mazdei” (Zoroastrian) and have Persian names. The term India in the Acts of Thomas is a synonym for Asia.
› The Acts of Thomas identifies St. Thomas as Judas, the look-alike twin of Jesus, who sells him into slavery. The slave travels to Andropolis where he makes newly-weds chaste, cheats a king, fights with Satan over a beautiful boy, persuades a talking donkey to confess the name of Jesus, and is finally executed by a Zoroastrian king for crimes against women. His body is buried on a royal mountain and later taken to Edessa, where a popular cult rises around his tomb.
› One Thomas of Cana led a group of 400 Christians (from 7 tribes and 72 families) from Babylon and Nineveh, out of Persia in the 4th century, when Christianisation of the Roman Empire made the Persians view their Syriac-speaking Christian minority as a Roman fifth column. The “Thomas Christians” could originally have referred to this merchant. They reputedly landed at Cranganore in Malabar in 345 CE. Sharan warns this migration cannot be treated as historical fact, but says that Cosmas the Alexandrian, theologian, geographer and merchant who traded with Ethiopia and Ceylon, visited Malabar in 520-525CE and provided the first acceptable evidence of Christian communities there in his book Christian Topography. This Thomas was probably “converted” (metamorphosed) to St. Thomas.
› Early Church Fathers like Clement of Alexandria, Origen and Eusebius are explicit that Apostle Thomas settled in “Parthia“, and established a church in Fars (Persia). This is supported by the 4th century priest Rufinus of Aquileia, who translated Greek theological texts into Latin, and the 5th century Byzantine church historian, Socrates of Constantinople, who wrote a book on ecclesiastical history, the second edition of which survives and is a valuable source of early church history. Nothing much is known about St. Thomas. He was called the Apostle of the East in West Asia and India until 1953, when the Church demoted him to Apostle of India, dislodging St. Francis Xavier.
› Between the 4th and 16th centuries, the Syrian Christians reinvented the tale several times over, finally bringing St Thomas to India.

Ishwar Sharan is the pen name of Canadian author Swami Devananda Saraswati, a Smarta Dashanami sannyasi who took his Vedic initiation from Kailas Math at Prayagraj in 1977. His purvasrama family were middle class professionals and God-fearing Protestant Christians. He did not complete high school and is self-educated through reading books on all subjects, with a special interest in religion and history. He has travelled extensively in Canada, USA, Europe, North Africa, West Asia and India. His experiences during these wandering years include service in an Israeli kibbutz during the Six Day War and some months spent in a Franciscan hermitage near Assisi, Italy. En route to India by road in 1967, he visited many of the places Alexander the Great had visited on his expedition to India in the 4th century BCE. Later he tried without success to visit Ctesiphon on the Tigris where his beloved spiritual hero, Julian the Apostate, had been martyred by a Christian officer.

The author’s experience of Christian institutions, West Asian Muslim society, and Israeli kibbutzim helped to turn him away from the monolithic Abrahamic creeds which he saw as imperialistic, belligerent, and life-threatening. He came to India in search of spiritual direction and because Hindu civilization still gave an honourable place to the Mother Goddess. The fact that Hindu civilization had withstood centuries of Muslim and Christian aggression and survived where other civilizations had failed, was to his mind a very impressive cultural achievement. He is a great lover of Hindu culture and religion and is deeply saddened that Hindus today are treated as second class citizens in their own land because of a pusillanimous and weak-minded religious and political leadership. He says that as long as Christianity continues to wage a socially and spiritually destructive war of aggression on Hinduism and take prisoners in the form of unsophisticated credulous converts, its curious theories and unique claims must be thoroughly investigated and challenged by Hindus of integrity and conviction. 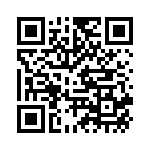