Birth
He was born in the city of Sarab near the Tabrīz, both his father Mirza Ahmad Amini and his grandfather Najaf Ali, were jurists of the city. 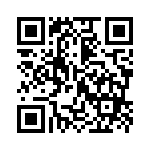