Kamraj Sundram identifies himself as fundamentally an artist committed to the deeper meanings and crafts of acting, writing, and speaking. He also is a meditator and a certified meditation trainer. Intrigued by the book of Buddha that his beloved aunt Kalyani introduced to him when he was five, he has walked with a fundamental question. ‘What is the purpose of life if we are to die?’

Keeping this question alive, he ventured through various landscapes of life that started from an unheard village in the south of India.

Born in a lower-middle-class family in India, he was committed to raising his family’s economic standards and chose engineering for his professional degree.  He has written several essays, articles, and poetry and has also won accolades for his public speaking and plays, since his early teens, in India.

Kamraj Sundram earned an opportunity to work in the US and other countries, thanks to India’s beloved tech company, Infosys. While pursuing a corporate career in the US and a transition to entrepreneurship, he has kept his artistic bent alive by continuing to write and participating in events involving poetry, plays, and dance performances.

His keen interest in self-development led to deep relationships with loving people from different countries both in and outside his work. Such experiences taught him how humanity is the basis of all achievements and offered him a clarity that one can know oneself best by relating with others. He has helped and been helped by numerous like-minded people through coaching and mentoring throughout his adult life.

Collecting and drawing upon all his experiences, Kamraj Sundram is building Sarvah League, a humble endeavor to bringing meaningful films and literary work for the readers and viewers.

Kamraj Sundram is grateful to his family for being his foundation and guiding grace to refine his raw existence, transforming his aggressive competitive spirit into that of cooperation and inspiration, growing along with the other, and above all, with love. He lives in India with his wife and daughter and enjoys a beautiful and meaningful relationship with them. Their loving presence and care inspire his work, including this book. You are welcome to learn about his other published work at www.kamrajsundram.com and www.sarvahleague.com.

Ashokkumar works as a creative head in the Tamil film industry. An avid reader and writer, Ashokkumar has written hundreds of essays on a wide variety of topics and noteworthy novels in Tamil in both print and digital media.

Deeply moved by the need to assist people at old age, unsupported young kids, and women, he dedicates time for their upliftment through his 'Aalamaram Foundation.'

Ashokkumar's writing always carries an element of optimism with a deeper understanding of human nature. He has worked as the story & screenplay writer for 'Mai' and dialogue-writer for 'Onbathula Guru.' His impressive dialogues that gave life to the characters in the movie 'Mai' were lauded by the famous Tamil weekly magazine, 'Ananda Vikatan.'

He worked as a creative head for the film 'Nedunalvaadai,' released in 2019. The film is recognized by mainstream media as a film of substance, authenticity, and a film that portrays real-life beautifully.

Ashokkumar's directorial debut is 'Enga Ooru Kaattilae' (February 2021), produced by Kamraj Sundram & Friends under the banner - 'Sarvah League.' Kamraj Sundram also acted in the short film as the lead. The film has received critical acclaim from the premieres and is reaching International Festivals. 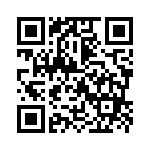