This is a outstanding book, written in very simple language and very helpfull. This is all you need

Amiya Goswami is a student of Lucknow Public School, lucknow, Uttar Pradesh. He received his senior secondary certificate (SSC) from the same school itself and pursuing his Higher Secondary Certificate (HSC) also from same school. He is very much interested in doing research on various things as he did in the following book. He also has attended many national conferences of pregnancy and menstruation for gaining knowledge and will continue his future with the stream of Biology.

Indrashis Mukherjee, a P.hD SCHOLAR in Department of Pharmacology, King George's Medical University, Lucknow. He has done his graduation & post graduation in biochemistry from lucknow university. He has worked as JRF in a UPCST funded project & has research interest in the field of diabetes, hypertension, metabolic syndrome. He has attended many National & International Conferences, CME's of Diabetes & Hypertension & has presented many papers in both National & International Forum. He is also member of many reputed scientific societies .He wants to do more research & explore new things in the field of DIABETES. 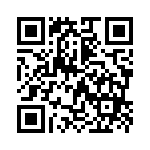