Anasua Basu Ray Chaudhury is Senior Fellow with Observer Research Foundation’s (ORF) Neighbourhood Initiative and Secretary (Honorary) at the Indian Association for Asian and Pacific Studies (IAAPS). She specialises in South Asia, energy politics, forced migration and women in conflict zones. She was the recipient of the Public Service Broadcasting Trust Senior Media Fellowship (2007) and the Kodikara Award from the Regional Centre for Strategic Studies (RCSS), Colombo in 1998-99. Anasua was ICSSR PostDoctoral Fellow (2004-06) at the Centre for the Studies of Developing Societies (CSDS), New Delhi. She was also Visiting Fellow at The Maison des Sciences de I'Homme, Paris, where she worked on the subject “Logistics of Regional Integration in Europe and Question of Sovereignty.” She is editor of the online journal — IAAPS Perspective

Soumyadip Chattopadhyay is an Associate Professor in Economics at the Department of Economics and Politics, Visva Bharati University, West Bengal, and a Senior Fellow at Impact and Policy Research Institute (IMPRI), New Delhi. He is the coordinator of the Center for Habitat, Urban and Regional Studies, IMPRI. He was associated with Graduate School of Geography, Clark University as a C.V. Raman Fellow, and with the Department of Urban Studies and Planning, University of Sheffield as a Commonwealth Academic Fellow. His research interests lie in the field of development studies, and specifically in urban finance, urban inequality, and ongoing transformations in urban governance in Indian cities. He is currently serving as one of the Associate Editors of International Journal of Rural Management.

Simi Mehta is the CEO and Editorial Director of Impact and Policy Research Institute (IMPRI) and Managing Editor of JDPR. She holds a PhD in American Studies from Jawaharlal Nehru University (JNU) and was a Fulbright Fellow at Ohio State University, USA. Her areas of research include US and India’s agriculture and foreign policies, international security studies, sustainable development, climate change, gender justice, urban environment and food security.

Bibek Debroy is the Chairman of the Prime Minister's Economic Council. Debroy has made significant contributions to game theory, economic theory, income, and social inequalities, poverty, law reforms, railway reforms, and Indology among others.

Andrew Ford is an Australian diplomat and the current Consul-General at Australian Consulate, Kolkata, India.

Samia Zennadi is an archaeologist by training and a publisher, based in Algeria.

Amrita Saha is the Research Fellow at The Institute of Development Studies (IDS), Sussex, United Kingdom.

Marco Carreras is the Research Officer at The Institute of Development Studies (IDS), Sussex, United Kingdom.

Almas Mazigo is the Lecturer at Faculty of Humanities and Social Sciences, University of Dar es Salaam University College of Education (DUCE), Tanzania.

Srruthi Lekha Raaja Elango is a Researcher at GenDev Centre for Research and Innovation, Gurgaon, India.

Aditi Madan is an Associate Fellow (Programme and Communication) at Institute for Human Development, New Delhi

Anshula Mehta is Secretarial Assistant for the Journal of Development Policy Review, and a Senior Research Assistant at Impact and Policy Research Institute (IMPRI), New Delhi. 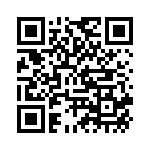