Professor P. K. Kathal, former Head, Department of Applied Geology, Director, Centre of Advanced Study in Geology, and Dean, Research and Development, Dr. Harisingh Gour Central University at Sagar is engaged in teaching and research in the field of Micropaleontology since 1982. He is a working Member, IGCP Program (UNESCO) up to 2016. A recipient of the International Research Fellowships awarded by the Japanese Society of Promotion of Research (JSPS) in 1999 and also in 2003 to work in Akita University and Kumamoto University, Japan, respectively and DGF Fellowship (Germany) in 2007 to work in Tuebingen University, Germany Prof. Kathal has chaired sessions in international events including ISEM, Canada and Austria besides contributing more than 60 research papers in international and national journals. The present book is an effort to commensurate the widening gap in the research and text in the last 15 years since he contributed 'Microfossils and their applications' in 1998.

Dr. Rajiv Nigam, Retd. Deputy Director and Head of Geological Oceanography and Marine Archaeology, National Institute of Oceanography (NIO), Goa is currently working there as a Consultant. An alumnous of Lucknow University, Lucknow he obtained his M. Phil, Ph. D. and D. Sc. degrees from Aligarh Muslim University, Aligarh and NORAD Diploma in Marine Micropaleontology from Oslo University, Norway. He joined the NIO as Scientist in 1978 and superannuated from there in 2016. He not only made significant contributions in the field of Marine Geology (Micropaleontology) but also established the first 'Laboratory for Culture Studies on Foraminifera' in India at NIO. He guided 12 Ph. D. theses and published over 135 papers in research journals of National and International repute. Recipient of the ‘CSIR Young Scientist Award’, ‘Krishnan Gold Medal’, ‘National Mineral Award’, ‘M. R. Sahni Lecture Award’ and ‘Prof. S. N. Bhalla Gold Medal’ of the Palaeontological Society of India and ‘H. N. Siddiquie Lecture Award’ of the Indian Geophysical Union. He has authored a book on Indian Monsoon, which received a cash prize award of Rs 50000/- by the Ministry of Earth Sciences, Government of India.

Dr. Abu Talib, Professor and Head, Department of Geology, Aligarh Muslim University (AMU), Aligarh obtained his M. Sc. and Ph. D. degrees from AMU and joined the Department of Geology, AMU as Lecturer in 1986. His teaching and research interests include Petroleum Geology, Palaeontology and Micropalaeontology with 30 years of research and teaching experience. He has supervised 5 Ph. D. theses and several M. Phil theses and contributed over 35 papers in national and international research journals and has completed three research projects sponsored by UGC, DST and a petroleum company. He is a Life Member, Palaeontological Society of India, Lucknow; Indian Society for Earth, Planetary and Environmental Sciences, New Delhi; and remained an elected Member, Executive Council, Palaeontological Society of India, Lucknow in 2014-15. 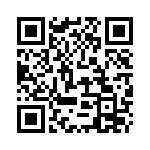