The human brain is a priceless computer lying perfectly maintained but almost silent! None of us uses the full potential of this amazing instrment, yet we all possess a secret 'trigger' for activating ... Read full review

Must have for any western seeker of Truth...

English born and raised in South Africa has done extensive scientific research into those hinterlands of the mind which one might call psi-semantics.

He graduated in the Arts & Humanities in South Africa and qualified in medicine at Sheffield University (UK) in 1964.

Having taught in the East End schools of London for 10 years, he began his tour of the Western world giving lectures and seminars in Esoteric Healing, Esoteric Anatomy, Esoteric Astrology, Esoteric Psychology, Esoteric Science and Metaphysics.

He, more than any other, set in motion the trends towards alternative methods of medicine which have transformed that field in Britain today. As medical advisor to the De la Warr laboratories in Oxford, he undertook research into Biomagnetism and quantum physics their effects on the human aura and dark matter, producing the book by the same name in conjunction with George de la Warr.

Through the years he has given more than 15,000 lectures and attracted people from all over the world to his Esoteric Science Festivals and International Summer Schools staged in America, Canada, England, Switzerland, Italy, South Africa, Australia and New Zealand.

He established Claregate College, first in America in 1972 and later in England in 1977 and encouraged many hundreds of people to systematise their esoteric studies by attending, courses, seminars, and through the Claregate Correspondence Course.

His transformative experiences during the Second World War, when twice severely wounded, set the pattern for his life long investigations into the Powers Latent in Man.

His extensive esoteric writings are said to be the largest collection in the world produced by a living author. He has written over 100 books, many of which have been translated into the 5 European languages at www.douglasbaker.com, and his list of downloadable MP3 audio lectures available at www.douglasbaker.org, include 400 live lectures given around the world and on a vast range of subjects.

He has led the field in esoteric astrology, producing with a team, his magnum opus, a Dictionary of Astrology for the 21st Century in three volumes. This is in addition to the already existing 11 volume set of books on the same subject.

His research work extends into the discoveries in the field of Dark Matter, Dark Energy and Occult Chemistry. 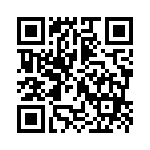