Alain Cabantous is professor of modern history at the University of Paris-Nanterre and France's most respected historian of the sea, pirates, and the navy. Eric Rauth is the translator of many books, including Transmitting Culture by Régis Debray. 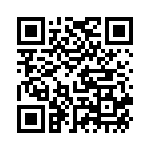