Page 289 - Is not this the fast that I have chosen? to loose the bands of wickedness, to undo the heavy burdens, and to let the oppressed go free, and that ye break every yoke? Is it not to deal thy bread to the hungry, and that thou bring the poor that are cast out to thy house? when thou seest the naked that thou cover him; and that thou hide not thyself from thine own flesh?
Appears in 1344 books from 1694-2008
Page 4 - What is great in man is that he is a bridge and not a goal: what is lovable in man is that he is an overgoing and a down-going.
Appears in 236 books from 1822-2008
More
Page 369 - And as soon as he came near the camp and saw the calf and the dancing, Moses' anger burned hot, and he threw the tables out of his hands and broke them at the foot of the mountain.
Appears in 58 books from 1855-2008
Page 26 - And the LORD spake unto you out of the midst of the fire : ye heard the voice of the words, but saw no similitude ; only ye heard a voice.
Appears in 269 books from 1805-2008
Page 266 - The flesh is not matter, is not mind, is not substance, To designate it, we should need the old term 'element,' in the sense it was used to speak of water, air, earth, and fire, that is, in the sense of a general thing, midway between the spatio, temporal individual and the idea, a sort of incarnate principle that brings a style of being wherever there is a fragment of being, The flesh is in this sense an 'element...
Appears in 57 books from 1928-2008
Page 203 - In the tabernacle of the congregation without the veil, which is before the testimony, Aaron and his sons shall order it from evening to morning before the Lord: it shall be a statute for ever unto their generations on the behalf of the children of Israel.
Appears in 167 books from 1805-2008
Page 48 - ego" that merged with its master, a superego, has flatly driven it away. It lies outside, beyond the set, and does not seem to agree to the latter's rules of the game. And yet, from its place of banishment, the abject does not cease challenging its master.
Appears in 45 books from 1982-2007
Page 139 - The Ego is first and foremost a bodily ego; it is not merely a surface entity, but is itself the projection of a surface." [ie, the ego is ultimately derived from bodily sensations, chiefly from those springing from the surface of the body.
Appears in 159 books from 1920-2008
Page 355 - A mobile army of metaphors, metonyms, and anthropomorphisms - in short, a sum of human relations which have been enhanced, transposed, and embellished poetically and rhetorically, and which after long use seem firm, canonical, and obligatory to a people...
Appears in 282 books from 1939-2008
Less

Edith Wyschogrod is J. Newton Rayzor Professor of Philosophy and Religious Thought emerita at Rice University. The most recent of her books are An Ethics of Remembering: History, Heterology, and the Nameless Others; Saints and Postmodernism: Revisioning Moral Philosophy; and a second edition of Emmanuel Levinas: The Problem of Ethical Metaphysics (Fordham). 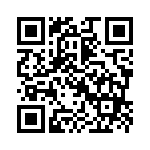