The interleaved stories of Flora Tristan, a woman and worker’s right advocate in 1840’s France, and her grandson Paul Gauguin, the post-impressionist painter who became famous for his work done in ... Read full review

What a fantastic novel! This is the first Llhosa I've read and I'm hooked. The Way to Paradise is a dual fictionalized biography of Paul Gauguin and his grandmother Flora Tristan, a feminist communist ... Read full review

Mario Vargas Llosa was born in Arequipa, Peru on March 28, 1936. He studied literature and law at the National University of San Marcos and received a Ph.D from the University of Madrid in 1959. He is a writer, politician, and journalist. His works vary in genre from literary criticism and journalism to comedies, murder mysteries, historical novels, and political thrillers. His books include The Time of the Hero, The Green House, Conversation in the Cathedral, Aunt Julia and the Scriptwriter, The Feast of the Goat, and The War of the End of the World. He has received numerous awards including the Rómulo Gallegos International Novel Prize, the Premio Leopoldo Alas in 1959, the Premio Biblioteca Breve in 1962, the Premio Planeta in 1993, the Miguel de Cervantes Prize in 1994, the Jerusalem Prize in 1995, and the Nobel Prize in Literature in 2010. 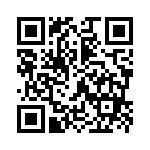