Great book, and it reads surprisingly well. The only sign of age really is the use of pronouns (the scientist is always "he", even despite the fact that female science students are mentioned several ... Read full review

I thought that this book was hysterical. It is not the book for people wanted all the scientific facts about flies, although it does have some interesting tidbits along the way. Instead, it cheerfully ... Read full review 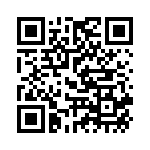