A brilliant account of Gandhi's early years in South Africa, where he developed his political thinking and forged his tools for fighting for civil rights. We in the subcontinent are generally not well ... Read full review

As an Indian, I must confess I thought I knew all there was to know about Gandhi. His childhood in Gujarat (insert some "I will not lie" stories) at school, followed by a stint as a lawyer in South ... Read full review

Ramachandra Guha’s many books include a pioneering work of environmental history (The Unquiet Woods, 1989), an award-winning social history of sport (A Corner of a Foreign Field, 2002), and a widely acclaimed and bestselling work of contemporary history (India after Gandhi, 2007). The first volume of his landmark biography of Gandhi, Gandhi before India, was published in 2013; the second and concluding volume will be published in early 2018. Guha’s awards include the R.K. Narayan Prize, the Sahitya Akademi Award, the Ramnath Goenka Award and the Padma Bhushan. In 2014, he was awarded an honorary doctorate in the humanities by Yale University, and in 2015, he won the Fukuoka Prize for contributions to Asian culture and scholarship. 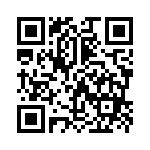