Laura Quinney is Associate Professor of English at Brandeis University. She is the author of Literary Power and the Criteria of Truth. 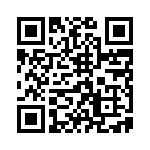