This was a very interesting book that I found after seeing the movie "Shutter Island" and became interested in the history of mental health treatments in America. The unimaginable pain described here ... Read full review

Well written and a nice read, which I found unusual for a book like this. Eye-opening and informative history of the treatment of the mentally ill in England and America; very interesting if you would ... Read full review

Robert Whitaker is an American journalist and author, writing primarily about medicine, science, and history. He has written on and off for the Boston Globe and in 2001, he wrote his first book Mad in America about psychiatric research and medications, the domains of some of his earlier journalism. Articles that Whitaker co-wrote won the 1998 George Polk Award for Medical Writing and the 1998 National Association of Science Writersż Science in Society Journalism Award for best magazine article. A 1998 Boston Globe article series he co-wrote on psychiatric research was a finalist for the 1999 Pulitzer Prize for Public Service. In April 2011, IRE announced that his book, Anatomy of an Epidemic: Magic Bullets, Psychiatric Drugs, and the Astonishing Rise of Mental Illness in America, had won its award as the best investigative journalism book of 2010. In 2015 it became a New York Times bestseller. 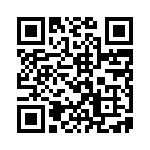