Stephen Burge is a Research Associate at the Institute of Ismaili Studies. His main areas of research are in the life and works of al-Suyuti, hadith studies, tafsir and angelology. 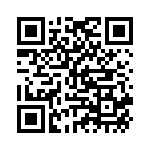