I read this years ago, when I was just starting to get serious about tennis and thought it was a great book. I decided to re-read it now, because I've been promoted into a division with some *really ... Read full review

Before reading this book I had the talent, but I did not have the head to succeed. Gilbert and Jamison give a play the tools he or she will need t win no matter what the circumstances are. The book ... Read full review

Brad Gilbert is considered by experts to be among the world's foremost tennis analysts. A former "Giant Killer" on the ATP Tour, his acute observations are now heard worldwide on ESPN. Gilbert has coached Andre Agassi, Andy Roddick, and Andy Murray among others. He lives in San Rafael, California, with his wife, Kim, and three children, Zach, Julian, and Zoe. Visit his website at BradGilbertTennis.com. 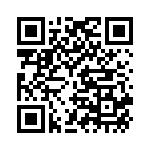