Thupten Jinpa is Adjunct Professor of Tibetan Buddhist Philosophy in the School of Religious Studies at McGill University. 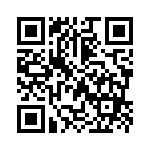