Page 49
He never held but onc brief , and that was for the defence of a poacher on a charge of killing a rabbit , or something of that sort , and he never received the fee - half a sovereign - so that his legal career brought him no direct gain ...
Page 53
In middle life he received in a single year , an exceptional one , Ł 20,000 from literature ; " pretty well , " as he remarks , " for a man who twenty years carlier had not a penny remaining after paying his debts , and who only ...
Page 85
With so much interest , indeed , was his remarkable imitation of Edmund Kean received , that he was invited , not long after , by Richard Jones , the celebrated light comedian , to play a scene of “ Richard III . 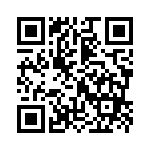