Page 9
Visitors include Sir Winston Churchill , King George - V and Queen Mary , King
Edward VIII , the first Governor General , C. Rajagopalachari , and the first
President , Dr. Rajendra Prasad . The palace , built on a sprawling 100,000
square yard ...
Page 3
Fort Kalinjar is a combination of occupied by King Udyan of Pandu two words –
Kaal ( time ) and dynasty , Kalchurias , Pratiharas and coveted title among Kings
and Jariyata ( ageing or destruction ) . Rashtrakutas . However , it was left ...
Page 4
The fort was wrested by the Though reportedly constructed by legendary Bundela
King Chatrasal the first Chandella King in the and later passed into the hands of
9th century , epigraphic evidence , Hardev Shah of Panna before however ... 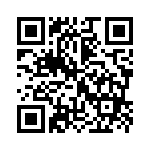