Page 27
The effect of social attitudes upon connotations is well illustrated by the history of
Roman Catholic, which was brought into use when the older words used to
designate a member of that faith, Romanist, Roman, and Papist, had acquired so
...
Page 85
Although the emphasis here has been upon the jargon of the social scientist and
educator, to be fair it must be confessed that people who write about the arts —
critics of literature, music, painting, architecture — are by no means guiltless.
Page 330
(d) From current areas of discussion (political, social, economic, ethical) choose
and dissect some good cases of oversimplification and of the false dilemma. (
Example: the United States, in formulating and applying its future foreign policy, ... 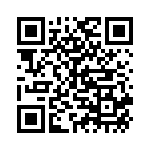