Anthony Roche is Professor in the School of English, Drama and Film at University College, Dublin, and has published widely on Irish drama and theatre from the late nineteenth century to the present. He is the editor of The Cambridge Companion to Brian Friel (2006) and author of Contemporary Irish Drama (2009), Brian Friel: Theatre and Politics (2011) and Synge and the Making of Modern Irish Drama (2013). 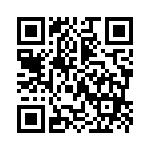