Ton Hoenselaars is Professor of Early Modern English Literature and Culture at Utrecht University, where he teaches Renaissance drama in its historical contexts and in later adaptations both in Britain and abroad. His research concentrates on early modern English literature (with a special focus on Shakespeare) and its international relations. He has published widely on images of nations in Renaissance literature, literature in translation and on Shakespeare in European culture from 1600 to the present day. He is the author of Images of Englishmen and Foreigners in the Drama of Shakespeare and his Contemporaries (1992), and co-editor of a number of collections, including Shakespeare's Italy (1993), The Italian World of English Renaissance Drama (1998), The Author as Character (1999), 400 Years of Shakespeare in Europe (2003), Shakespeare and the Language of Translation (2004), Shakespeare's History Plays (2004) and Challenging Humanism (2005). 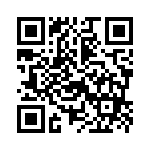