A brilliant account of Gandhi's early years in South Africa, where he developed his political thinking and forged his tools for fighting for civil rights. We in the subcontinent are generally not well ... Read full review

As an Indian, I must confess I thought I knew all there was to know about Gandhi. His childhood in Gujarat (insert some "I will not lie" stories) at school, followed by a stint as a lawyer in South ... Read full review

RAMACHANDRA GUHA has previously taught at the universities of Yale and Stanford, the University of Oslo, the Indian Institute of Science and the London School of Economics. His books include a pioneering environmental history, an award-winning social history of cricket, and the award-winning India After Gandhi. He writes regularly on social and political issues for the British and Indian press, including columns in the Telegraph and the Hindustan Times and has also appeared in the New York Times. The author lives in Bangalore, India. 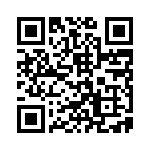