Page 14
Another very interesting discovery , presumably of the same period , for which we
are again indebted to Dr . Campbell , is the roagh copper casting of a figure ,
apparently a monkey , which was found in the same place as several of the
above ...
Page 97
The Zoroastrian Period of Indian History , By D . B . Spooner , B . A . , Ph . D . , in
the Journal of the Royal Asiatic Society ( London ) , for January and July 1915 .
DR . SPOONER in his paper on “ The Zoroastrian Period of Indian History ”
essays ...
Page 380
Mr . Smith accepts tentatively my guess as to the dating of the plaque in the
second century and yet , while noting that Hiuen Tsang ' s visit fell in the seventh
century , seems to assune that throughout this lengthy period of time , the temple
of ... 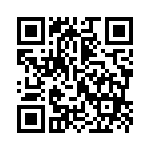